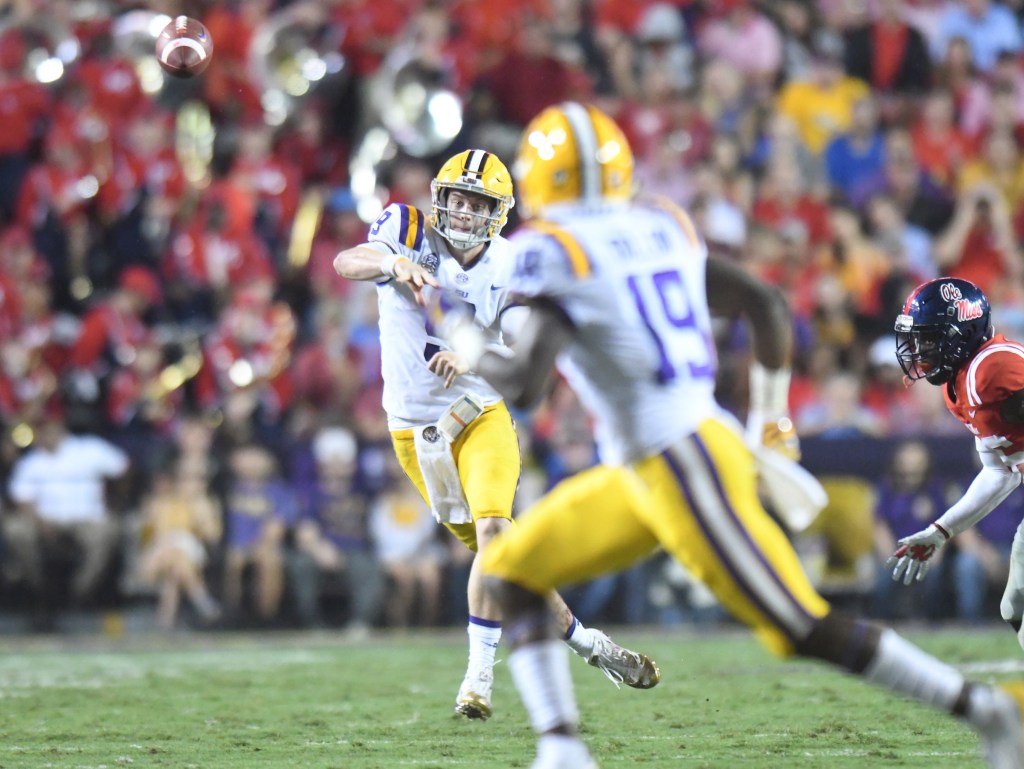 Editor’s note: LSU takes us to part eight of a 16-part series, examining every team in the SEC, plus three bonuses, correlating with the three FBS Ole Miss non-conference games. We’ll preview one school nearly every day, alphabetically, until all 16 are completed. Earlier this week, we previewed Kentucky. Today, the LSU Tigers. For each of the schools in the series, see the bottom of the article.

With all due respect to Alabama quarterback Tua Tagovailoa, LSU’s Grant Delpit may be the best player in college football.

Delpit is another in a long line of sensational defensive backs the Tigers have put into the NFL. The Tigers have 13 players in the secondary currently on NFL Rosters, and with consideration for Jamal Adams (No. 7 pick in 2017 NFL Draft), Tre’Davious White (No. 27 Pick in 2017) and Tyrann Mathieu, there’s a good chance Delipt is the best second player to come out of LSU since Patrick Peterson in 2011.

Last year, just a sophomore, Delpit recorded 46 tackles and 5 sacks from the safety spot. He batted nine passes and intercepted five. For perspective, Mississippi State’s Johnathan Abram was a first round pick in 2019 after a season of 47 tackles, three sacks, four batted balls and two interceptions.

Idea of how good #LSU S Grant Delpit is:

Delpit is certainly the anchor, but top-to-bottom it’s a defense that can legitimately challenge Alabama for the best in the SEC. They have All-SEC talent at each level of the defense, with Rashard Lawrence on the defensive line and Jacob Phillips at linebacker, not to mention a top-tier corner in Kristian Fulton to pair with Delpit in the secondary.

Offensively, you’d like to think this is the year LSU can finally move the ball consistently through the air. Quarterback Joe Burrow is a senior, but is coming off a year where he only completed 58 percent of his passes, totaling just 16 touchdowns. The Tigers have weapons around him this year, specifically junior receiver Justin Jefferson, who averaged 16.2 yards per catch in 2018 – his first year as LSU’s top receiver. Both Jefferson and Burrow are preseason third team All-SEC selections.

LSU hasn’t fallen inside the top 25 in offensive efficiency since 2015, something that largely comes down to their deficiencies in the passing game. Current offensive coordinator Steve Ensminger has been with the team since 2010, taking over as the quarterbacks coach and offensive coordinator for the first time last season. Ultimately, with a senior quarterback who was very highly recruited out of high school before transferring from Ohio State to LSU, if this season shows more of the same passing inefficiencies, the Tigers offensive coaching staff could see a big shakeup a year from now.

All this said about the offense, I’m excited for the Tigers in 2019. Is that skewed a bit by the fact that I love Grant Delpit a lot? Sure. But I also have faith that Joe Burrow’s first year at LSU isn’t the best we’ll see of him. The Tigers don’t have the easiest schedule in the world, including a week two game against Texas in Austin and playing Alabama on the road. I imagine them losing to ‘Bama and one of their two games against Texas or Texas A&M, cementing them firmly in second place in the west. That said, an 11-1 season is very firmly in the realm of possibility.