Around the SEC: Vanderbilt 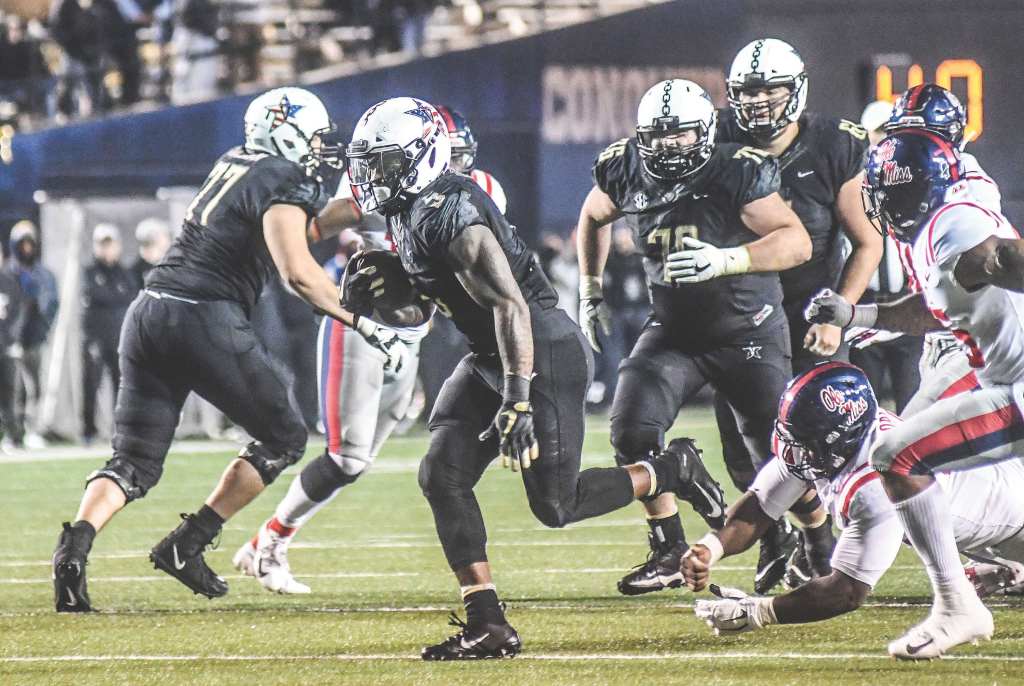 Editor’s note: Vanderbilt concludes our SEC preview series, examining every team in the SEC, plus three bonuses, correlating with the three FBS Ole Miss non-conference games. Yesterday, we previewed Texas A&M. Today, the Vanderbilt Commodores. For each of the schools in the series, see the bottom of the article.

At least at the skill positions, the 2019 Commodores should field the best offense Nashville has seen since the 2012 team led by Jordan Rodgers and Jordan Matthews with James Franklin coaching.

Vanderbilt brings back the SEC’s top rusher in Ke’Shawn Vaughn. In all sense of the phrase, the Commodore offense will revolve around the senior. Vanderbilt actually had the nation’s No. 24 offense a year ago by S&P+, largely due to Vaughn’s efficiency. In 2018, he led all SEC running backs in yards per touch (8.32) and it wasn’t particularly close. The number two runner in the SEC by that metric was Georgia’s D’Andre Swift at 6.90.

But Vaughn is just one of three Commodores to make the All-SEC second team offense in the preseason polls. Kalija Lipscomb, who finished third in the SEC in receiving in 2018, and Jared Pinkney, who finished second among tight ends in receiving in 2018, round out the very talented Vandy skill position guys. The only real question is a big one: Can whoever starts at quarterback get those guys the ball? The Commodores haven’t named a starter, but whoever it is will be a first-year starting quarterback.

Those three were the only Vandy players to make those preseason All-SEC teams. It’s an interesting thing because, since Derek Mason came to Vanderbilt in 2014, it’s been a team built around the hard nose defense that the former Stanford defense coordinator brought with him to Nashville. This has been a little different of late.

Mason removed himself as defensive coordinator following the 2017 season, hiring former 49ers linebackers coach to call the defense. The team jumped from No. 79 in defense by S&P+ in 2017 to No. 57 a year ago. The big question is just can the defense get even better in year two with the new play caller.

The reason that seems unlikely is that the team returns very little on the defensive side. In fact, they rank No. 119 nationally in returning production on that side of the ball, including the loss of stud corner Joejuan Williams. If the Commodores see any defensive regression, which seems likely, it could be hard for them to win six games.

Vanderbilt has a lot of swing games on their roster. They play at Purdue, at Ole Miss, Kentucky and at Tennessee. Any of those games could realistically go either way, but the problem arises that three of the four are on the road. For Vandy to make a bowl game, they realistically need to win three of those four. It’s hard to see that happening with so many of them coming away from home. I think the Commodores win two of those four, plus Northern Illinois, UNLV and East Tennessee State, bringing them to just five wins and short of a bowl.